Part A
Answer all Questions (Each Question carries 1 mark)

2. In ___________ systems the electron beam is directed only to the parts of the screen where a picture is to be drwan.
Ans: Random-scan.

3. The ratio of vertical points to horizontal points necessary to produce equal-length lines in both directions on the screen is known as the ___________ .
Ans: Aspect ratio.

6. For lines with positive slope less than or equal to one, the DDA line algorithm samples at unit ___________ intervals.
Ans: One.

8. In reflection, if the reflection axis is a line in the xy plane, the rotation path about this axis is in a plane __________ to the xy plane.
Ans: Perpendicular.

Part B
Answer all Questions (Each Question carries 2 marks)

11. What is resolution ?
Ans: The maximum number of points that can be displayed without overlap on a CRT is referred to as the resolution.

12. What is frame buffer ?
Ans: Picture definition is stored in a memory area called refresh buffer or frame buffer. This memory area holds the set of intensity values for all the screen points.

13. What do you mean by antialiasing ?
Ans: Display primitives generated by the raster algorithm have a stairstep appearance because the sampling process digitizes coordinate points on an object to discrete integer pixel positions . This distortion of information due to low-frequency sampling is called antialiasing.

14. What is clipping ?
Ans: Clipping is to remove objects, lines, line segments that are outside the viewing port. The viewing transformation is insensitive to the position of points relative to the viewing area.

17. How colour information is stored in the frame buffer ?
Ans:

19. Write note on LCD.
Ans: Liquid-crystal displays (LCDS) are commonly used in small systems, such as calculators and portable, laptop computers. These non- emissive devices produce a picture by passing polarized light from the surroundings or from an internal light sow through a liquid-crystal material that can be aligned to either block or transmit the light.

The term liquid crystal refers to the fact that these compounds have a crystalline arrangement of molecules, yet they flow like a liquid. Flat-panel displays commonly use nematic (threadlike) liquid-crystal compounds that tend to keep the long axes of the rod-shaped molecules aligned. A flat-panel display can then be constructed with a nematic liquid crystal. Two glass plates, each containing a light polarizer at right angles to the-other plate, sandwich the liquid-crystal material.

Various techniques are used to provide text clipping in a computer graphics. It depends on the methods used to generate characters and the requirements of a particular application. There are three methods for text clipping which are listed below:-

The following figure shows all or none string clipping.

Raster functions that manipulate rectangular pixel arrays are generally referred to as raster ops. Moving a block of pixels from one location to another is also called a block transfer of pixel values. On a bi level system, this operation is called a bitBlt (bit-block transfer), particularly when the function is hardware implemented. 27. How lines are generated using DDA line algorithm.
Ans: The digital differential analyzer (DDA) is a scan-conversion line algorithm based on calculating either /\y or /\x, using  /\y = m/\x.  We sample the line at unit intervals in one coordinate and determine corresponding integer values nearest the line path for the other coordinate. Consider first a line with positive slope. If the slope is less than or equal to 1, we sample at unit x intervals (/\x = 1) and compute each successive y value as,

Subscript k takes integer values starting from 1, for the first point, and increases by 1 until the final endpoint is reached. Since m can be any real number between 0 and 1, the calculated y values must be rounded to the nearest integer. For lines with a positive slope greater than 1, we reverse the roles of x and y. That is, we sample at unit y intervals (/\y = 1) and calculate each succeeding x value as

Equations 1 and 2 are based on the assumption that lines are to be processed from the left endpoint to the right endpoint. If this processing is reversed, so that the starting endpoint is at the right, then either we have /\x = -1  and

Equations 1 through 4 can also be used to calculate pixel positions along a line with negative slope. If the absolute value of the slope is less than I and the start endpoint is at the left, we set /\x = 1 and calculate y values with Eq. 1. When the start endpoint is at the right (for the same slope), we set /\x = -1 and obtain y positions from Eq. 3. Similarly, when the absolute value of a negative slope is greater than 1, we use /\y = -1 and Eq. 4 or we use /\y = 1 and Eq. 2. 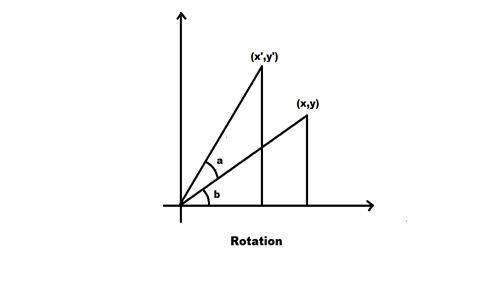 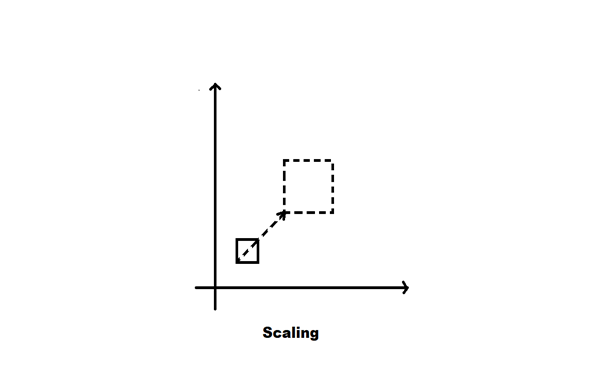 i) Perform a scaling transformation using a fixed point position of (xwmin, ywmin) that scales the window area to the size of the viewport

ii) Translate the scaled window area to the position of the viewport.

30. Explain Cohen-Sutherland line clipping algorithm.
Ans: This is one of the most popular and oldest line-clipping procedure. In this we divide the whole space into nine region and assign 4 bit code to each endpoint of line depending on the position where the line endpoint is located. 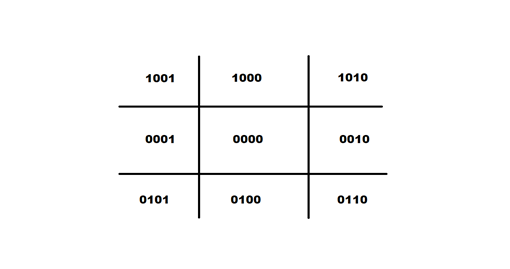 i) Assign region code to both endpoint of a line depending on the position where the line endpoint is located.

Then line is completely inside.

If result of logical ending is not 0

Line is completely outside the clipping window.

Calculate the intersection point with the boundary one by one.

Divide the line into two parts from intersection point.

a) Interlacing: On some raster-scan systems each frame is displayed in two passes using an interlaced refresh procedure. In the first pass, the beam sweeps across every other scan line from top to bottom. Then after the vertical retrace, the beam sweeps out the remaining scan lines.

b) Plasma panels: Plasma panels are an emissive display, also called gas-discharge displays,  are constructed by filling the region between two glass plates with a mixture of gases that usually includes neon. Alternating-current methods are used to provide faster application of the firing voltages, and thus brighter displays.

Hey, y’all!
we are constantly working on this website,
more features coming soon!